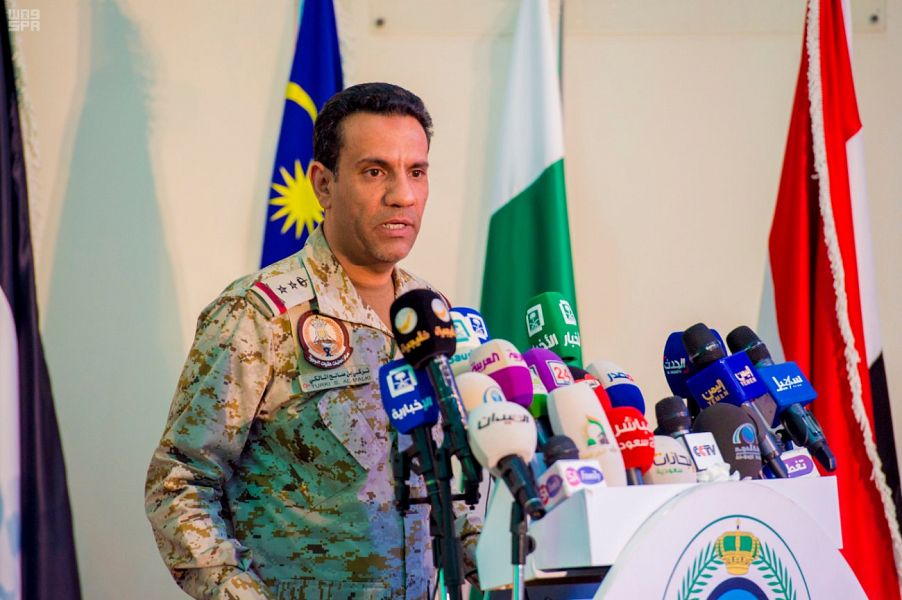 Statement by the Official Spokesman of the Coalition to Restore Legitimacy in Yemen COL Turki Al-Malki:

The missiles were launched in a systematic, deliberate manner to target cities and civilians, which is a flagrant defiance of the International Humanitarian Law.

The Joint Forces Command of the Coalition will continue to apply and implement all decisive and rigorous measures, in accordance with the International Humanitarian Law, to protect Coalition States’ nationals and expatriates from such barbaric attacks.”