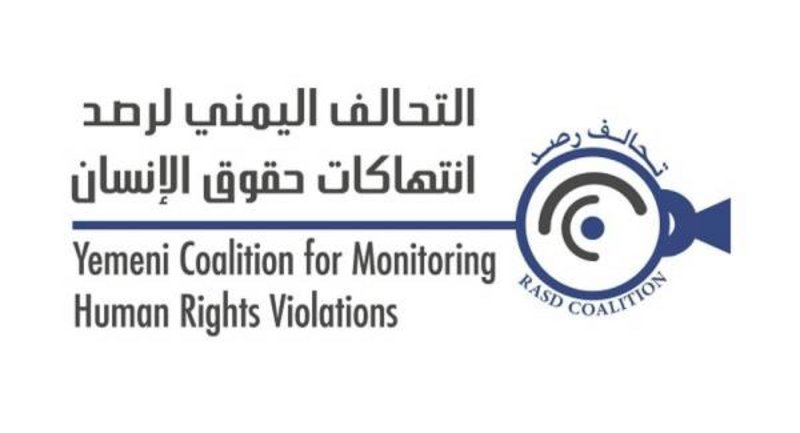 Yemeni Coalition for Monitoring Human Rights Violations (Rasd Coalition) today organized on the sidelines of the 42nd session of the Human Rights Council in Geneva, Switzerland, a symposium on arbitrary detention in Yemen, the report of the Group of Eminent Experts (GEE) and UN resolutions on Yemen, especially Resolution 2216.

During the symposium, Rasd Coalition referred to the arbitrary arrests being carried out by Al-Houthi militia since its coup against legitimacy in September 2014, which affected a number of politicians, human rights activists, journalists, media men, women and children for political, sectarian, religious and regional reasons.

According to the Yemeni news agency, Rasd Coalition documented the arrest and kidnapping of 16565, including 368 children, 98 women and 385 elderly people during the period from September 2104 to December 2018.

Rasd Coalition also reviewed the activities of some UN organizations and affiliated bodies in Yemen that provide support to Al-Houthi militias directly or indirectly, and that UNDP has delivered 20 4x4 vehicles to Al-Houthis, arguing that they would facilitate demining efforts, while these cars will be used by Al-Houthi militias to fight Yemenis.

Rasd Coalition explained that GEE team has departed from the tasks entrusted to it to monitor and investigate all violations of all parties since September 2014, pointing out that the team ignored the essence of the conflict which is the onslaught of Al-Houthi militias against the legitimately elected authority, and launched a war to control all Yemeni governorates, including bombing, killing and demolition in addition to the devastation of Yemen's human beings, institutions, infrastructure, social, economic and developmental life and the threat of regional and international security.

Rasd Coalition asserted that the report of the Group of Eminent Experts did not address these issues in their dimensions and depth.

It also stressed that addressing the roots of the political crisis in Yemen lies in ending the coup, restoring state institutions and extending its control over the entire territory of the Republic of Yemen, calling on the United Nations to get Al-Houthi militias to abide to all UN Security Council resolutions, and the need to pressure Iran to cease its support for Al-Houthi coup militia.

Moreover, Rasd Coalition described the report of the Group of Eminent Experts as "questionable" and impartial due to its lack of access to information from within Yemen, and the absence of key parties to the conflict that can provide or confirm the information, noting that the testimonies on which the report was based on are inaccurate as it came from people living outside Yemen .