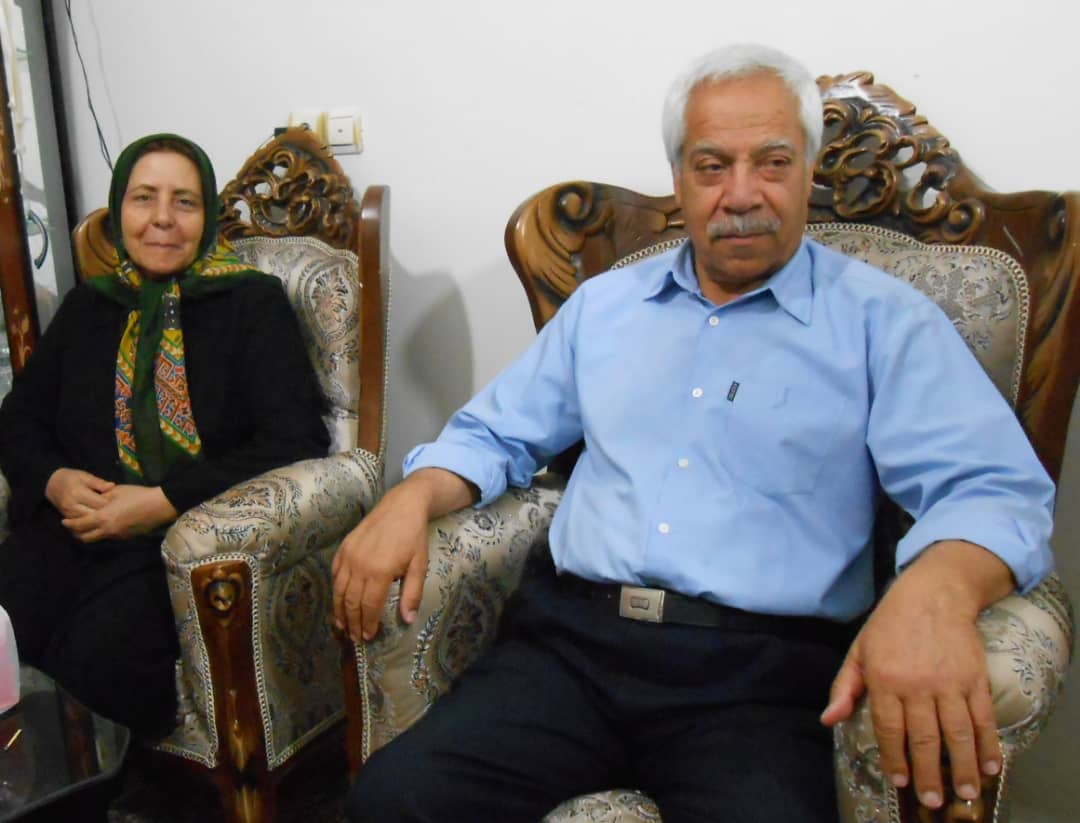 Mr. Hashem Khastar, head of the Teachers Union Center and a human rights activist along with some other activists was arrested by suppressive forces of the Ministry of Intelligence and Security (MOIS) in the City of Mashhad in northeast Iran and transferred to an unknown location on August 11, 2019. The mullahs' regime, besieged by domestic and international crises, is deeply afraid of any protests and sparks that could ignite popular uprisings and try to prevent it by suppression, arrest, and intimidation.

International communities, Human rights organization, call on the Secretary-General, the UN Human Rights High Commissioner, to condemn the new wave of arrests in Iran and take immediate action to release Mr. Hashem Khastar and other detainees, Mrs. Maryam Rajavi, President-elect of the Iranian Resistance has repeatedly called for the formation of an International delegation to visit political prisoners and Iran’s prisons and to take immediate action to release them.

in her letter, she wrote: "My husband, was born into a family that was a fan of Dr. Mohammad Mossadegh and famous in courage, integrity, and freedom in the Birjand region.

Since the age of 15, he and his father have been struggling for freedom and justice and in 1971 after acceptance at the University of Urmia continued the way for freedom.

After the 1979 Revolution, they traveled to Sistan and Baluchistan (they received a diploma in Zahedan) and seeing that all the key executives in that area are close to the government.

He also opposed the regime by observing other unrest in the country and voicing the dictatorship.

My husband was summoned to Mashhad in 1990 and interrogated for several days and later sentenced to 3 years suspended imprisonment.

In 2004, after returning from a meeting of the Iranian Teachers' Association in Rasht, he was arrested and interrogated repeatedly, eventually condemned to reduce his salary.

On June 15, 2009, He was taken to Vakilabad Prison in Mashhad for propaganda against false publishing system and He was held in Vakilabad Prison in Mashhad for two years without a day off that should have been released on 26 July 2011 but because of the revelations about prison overcrowding, the health, and food situation of the prison and They brought a new case not only for him but also for me and they tried us".

She added: "after repeated calls for information and interrogations in May 2018, they blocked our home and cell phone numbers and our children and still, four numbers stopped and our tablets, cell phones, and laptops looted us.

He was kidnapped from our personal garden on 29 March 2019 and taken to Ibn Sina Psychiatric Hospital.

After 19 days on 9 April 2019, they were forced to release my husband because of all activities for him inside and outside Iran.

With the head of the judiciary, Ebrahim Raisi, who is one of the main perpetrators of the massacre of political prisoners in 1988. It is not clear what will happen to my husband, finally, as they did for the others they will say he committed suicide.

I would like to ask you as a human rights organization and bodies, to take immediate action and put more pressure on mullah’s regime in Iran to release my husband.

Until the mullahs' regime is overthrown in Iran, this is the situation every day, and every day there are masses of innocents who are sent to prison".