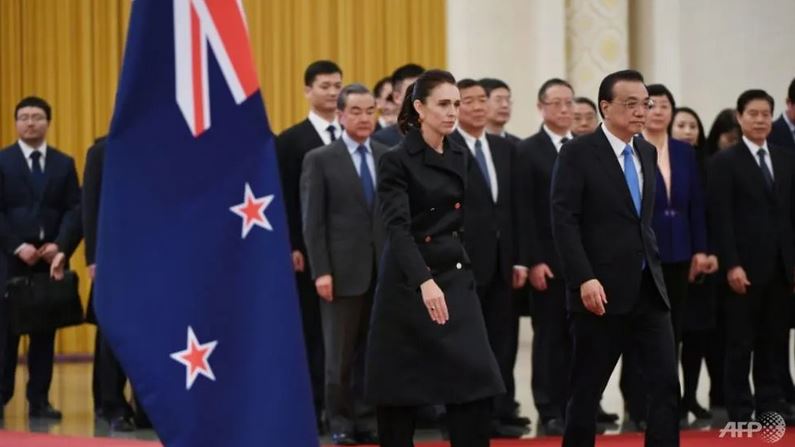 A senior New Zealand minister advised Australia to adopt his country's softly-softly approach to China on Thursday (Jan 28), a rare public disagreement between the neighbours on how to deal with a more assertive Beijing.

The comments - which closely echo Chinese government complaints - are likely to anger Canberra, while exposing the different approaches towards China by New Zealand and its "Five Eyes" intelligence partners Australia, the United States, Canada and Britain.

"I can't speak for Australia and the way it runs its diplomatic relationships, but clearly if they were to follow us and show respect, I guess a little more diplomacy from time to time and be cautious with wording, then they too could hopefully be in a similar situation," he said.

Australia's foreign ministry did not respond to a request for comment on O'Connor's advice.

New Zealand's cautious approach has been reflected in its reluctance to sign joint statements from Five Eyes partners criticising China's crackdown on the Hong Kong democracy movement, including the recent arrests of activists in the city.

New Zealand officials have also been careful not to directly question China's growing influence in the Pacific, unlike their US and Australian counterparts.

"We've always been able to raise issues of concern," O'Connor told CNBC on Wednesday in the wake of a free trade upgrade that took more than four years to negotiate.

In contrast, China has imposed punitive levies on more than a dozen Australian imports, including wine and barley, as relations sour.

Irritants for Beijing include Australia's call for an inquiry into the origins of COVID-19 and a ban on Chinese tech giant Huawei's participation in the nation's 5G network.

China's state-run Global Times newspaper on Wednesday said New Zealand and Australia's approaches to Beijing were "fire and ice", accusing Canberra of having "a jingoistic Cold War mentality" while New Zealand was "relatively open toward the rise of China".