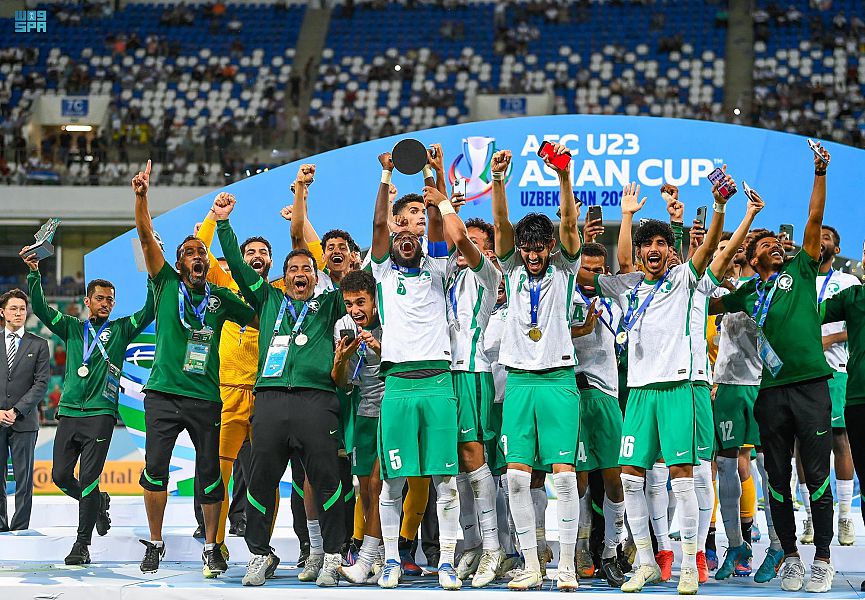 The Saudi National Football Olympic Team won today the AFC U23 Asian Cup 2022 in Uzbekistan, for the first time in its history.
The “Greens” won the Asian title, after beating Uzbekistan (2-0), in the match between the two teams at the Milliy Stadium in Tashkent, in the 2022 AFC U-23 Cup Final.
Ahmed Al-Ghamdi scored the first goal in the 49th minute, with a brilliant assist from Hamad Al-Yami. Al-Ghamdi received the ball and sent a direct shot from outside the penalty area, to settle the ball in the right corner.
Firas Al-Buraikan added the second goal for the Saudi team in the 74th minute, after receiving a pass from Turki Al-Ammar, sending a direct shot into the penalty area, settling the ball in the left corner.