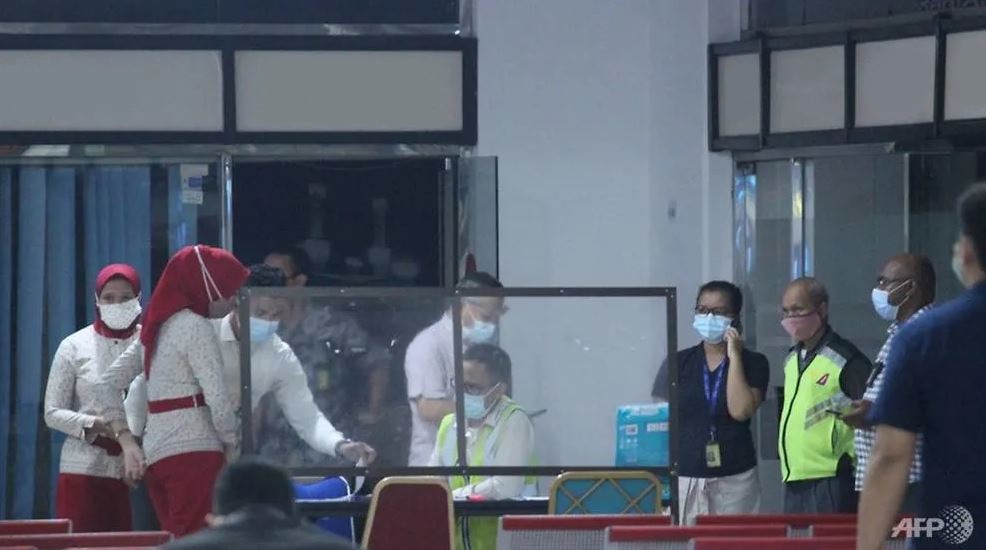 Indonesia's Sriwijaya Air plane suspected to have crashed with more than 60 on board; search and rescue under way

A Sriwijaya Air plane was suspected to have crashed on Saturday (Jan 9) with more than 60 people on board, said Indonesian authorities.

The plane had been en route to Pontianak in West Kalimantan province.

A spokesperson from the Indonesian transport ministry said the commercial flight SJY182 took off at about 2.36pm WIB and was scheduled to land in Pontianak at 4.15pm.

"The control tower's last contact with the plane was at 2.40pm, before the contact was lost," said the spokesperson in an exchange on WhatsApp. 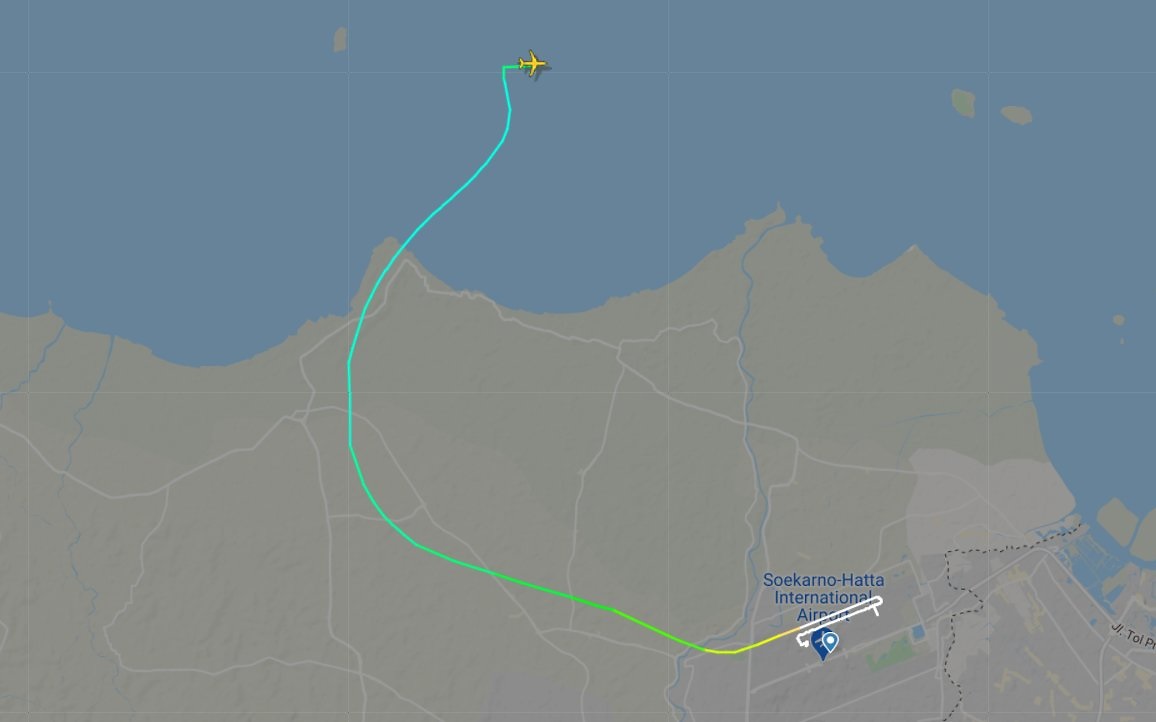 Sriwijaya Air, which has about 19 Boeing jets that fly to destinations in Indonesia and Southeast Asia, told CNA that there were 62 passengers on board, including 40 adults, 7 children and three infants. A total of 12 airline employees were on the plane including six who were operating the flight.

The head of the national transport safety committee, Soerjanto Tjahjanto, said in a press conference at about 10pm Sunday night that all the passengers were Indonesians.

"That's why we haven't notified other countries, apart from the US (as the plane was a Boeing)," he said.

FlightRadar24 tweeted that the plane had lost more than 10,000 feet of altitude in less than one minute, just four minutes after departing from Jakarta.

The aircraft is a 27-year-old Boeing 737-500, according to registration details included in the tracking data.

A Boeing spokeswoman said: "We are aware of media reports from Jakarta, and are closely monitoring the situation. We are working to gather more information".

Surachman, a local government official, told Kompas TV that fishermen found what appeared to be the wreckage of an aircraft in waters north of Jakarta and a search was underway. Other channels showed pictures of suspected wreckage.

"We found some cables, a piece of jeans (sic) and pieces of metal on the water," Zulkifli, a security official, told CNNIndonesia.com.​​​​​​​

Rescue agency official Agus Haryono told Reuters that debris suspected to be from the aircraft was found in the waters north of Jakarta, but did not confirm that it was from the flight.

In a press conference on Saturday evening, Transport Minister Budi Karya Sumadi said: "At 5.30pm western Indonesian time, the president gave us the order to go all out on the search and rescue operation. Of course Basarnas is on it."

Agus said 50 people were taking part in the search and that they would keep searching into the night.

Basarnas' deputy for search and rescue operations and preparedness, Bambang Suryo Aji, also said in a press conference that teams had been deployed to an area around the Laki and Lancang islands in northern Jakarta, where the plane was believed to have crashed.

Soerjanto said the authorities would interview fishermen who claimed to have seen the plane crashing.

"Whether it's true or not, we'll see tomorrow," he said.

Also speaking at the late-night press conference with Soerjanto was transport ministry spokeswoman Adita Irawati, who said that the plane seemed to have deviated from its route shortly before going missing.

The air traffic controller tried to contact the plane but it disappeared just seconds later, she said.

Television footage showed relatives and friends of people aboard the plane weeping, praying and hugging each other as they waited at Jakarta’s airport and Pontianak’s airport.

The airline has had a solid safety record until now, with no onboard casualties in four incidents recorded on the Aviation Safety Network database, though a farmer was killed when a Boeing 737-200 left the runway in 2008 following a hydraulic problem.

The Boeing 737 is the world's most-sold family of aircraft and has undergone several makeovers since it entered service in 1968.

The 737-500 is two generations of development before the most recent 737 MAX, which has been embroiled in a worldwide safety crisis following crashes in Indonesia and Ethiopia. It does not use the software system implicated in those crashes.

Nonetheless, experts say planes such as Sriwijaya's leased 737-500 are being phased out for newer fuel-saving models. Civil jets typically have an economic life of 25 years, meaning they become too expensive to keep flying beyond that compared to younger models, but they are built to last longer.