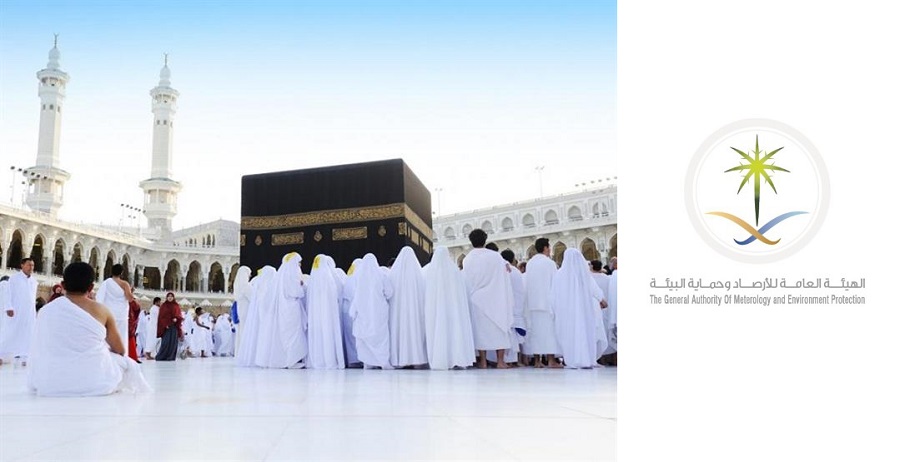 The General Authority for Meteorology and Environmental Protection issued its report on the prevailing climate situation during this year's Hajj season (1440 H.) covering the holy cities of Makkah and Al-Madinah Al-Munawarah.
The report pointed out that the weather during the month of August 2019, could be described as very hot during the day and relatively inclining to moderation at night.