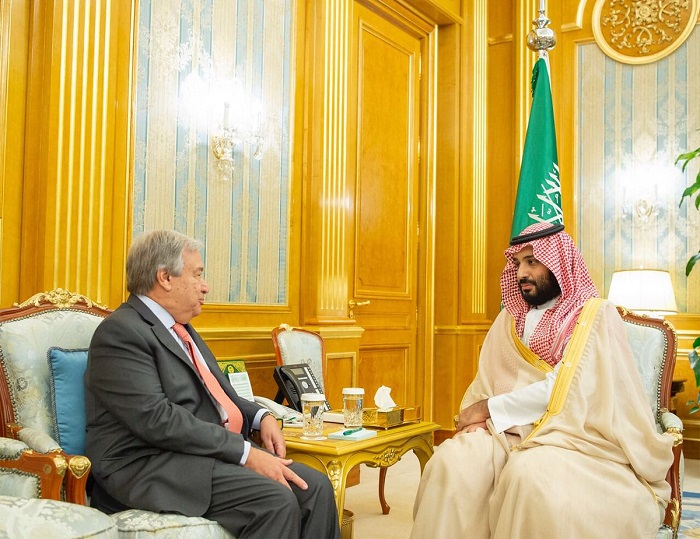 During the meeting, they reviewed a number of issues of mutual
interest, especially the exerted efforts to maintain the international
security and peace.

The meeting was attended by Minister of Foreign Affairs Adel bin
Ahmed Al-Jubeir and Permanent Representative of the Kingdom of Saudi
Arabia to the United Nations Ambassador Abdullah Al-Moallimi.