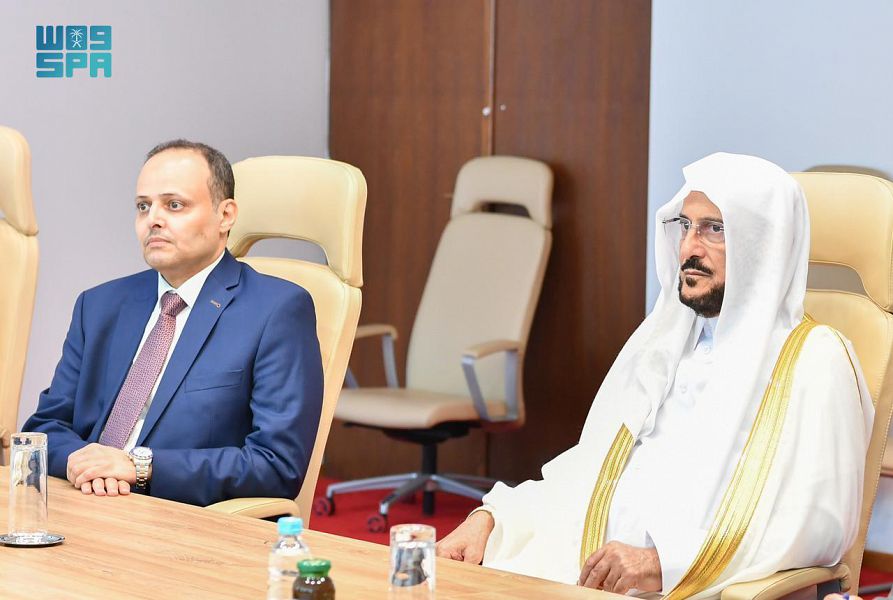 The Speaker of the House of Representatives of the Parliament of Bosnia and Herzegovina, Boriana Krishto, has received Minister of Islamic Affairs, Call and Guidance Sheikh Dr. Abdullatif bin Abdulaziz Al Al-Sheikh, who is currently on a visit to Bosnia.
During the reception, the Speaker of the House of Representatives commended the deep-rooted relations between the two countries, which are witnessing great development in various political, economic and social fields, along with the great efforts and unremitting support being provided by the Kingdom of Saudi Arabia to Bosnia and Herzegovina and its people for decades.
For his part, the Minister of Islamic Affairs affirmed that the Kingdom attaches great care and attention to Bosnia and Herzegovina and supports everything that enhances bilateral cooperation between the two countries in various fields.
The meeting was attended by the Deputy Speaker of the House of Representatives in the Parliament of Bosnia and Herzegovina, Dr. Denis Zvier Detnch, Saudi Ambassador, Osama bin Dakhil Al-Ahmadi and a number of officials from both sides.