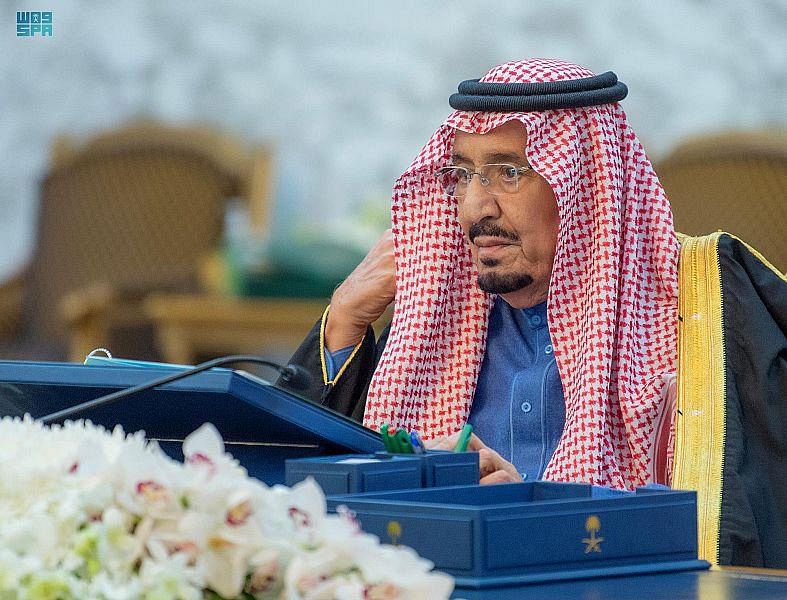 The Cabinet then reviewed Saudi Arabia's overall actions, both politically and economically, which aimed at strengthening international cooperation in various fields and finding more innovative and joint solutions to address global challenges.

The Cabinet, in this regard, underlined the content of the Kingdom of Saudi Arabia’s participation in the World Economic Forum (WEF) Annual Meeting 2023 in Davos, Switzerland. During the WEF, Saudi Arabia highlighted the progress achieved within Vision 2030 concerning reaching a thriving and diversified economy to unlock opportunities for cooperation with the world, and Saudi Arabia’s active contributions and international initiatives to support the stability and growth of the global economy, preserve the environment and limit climate change.

In a statement to the Saudi Press Agency (SPA), Minister of State, Cabinet's Member for Shura Council Affairs and Acting Minister of Media Dr. Essam bin Saad bin Saeed said that the Cabinet commended the outcomes of the 13th meeting of the joint Saudi-Swiss Economic Committee held in Zürich, which saw the signing of memorandums of understanding to expand cooperation between the two countries and take advantage of the available opportunities in different fields.

The Cabinet followed the developments regionally and globally, reiterating Saudi Arabia's position calling for spreading the values of dialogue, tolerance and coexistence, and rejecting the causes of hatred and extremism. 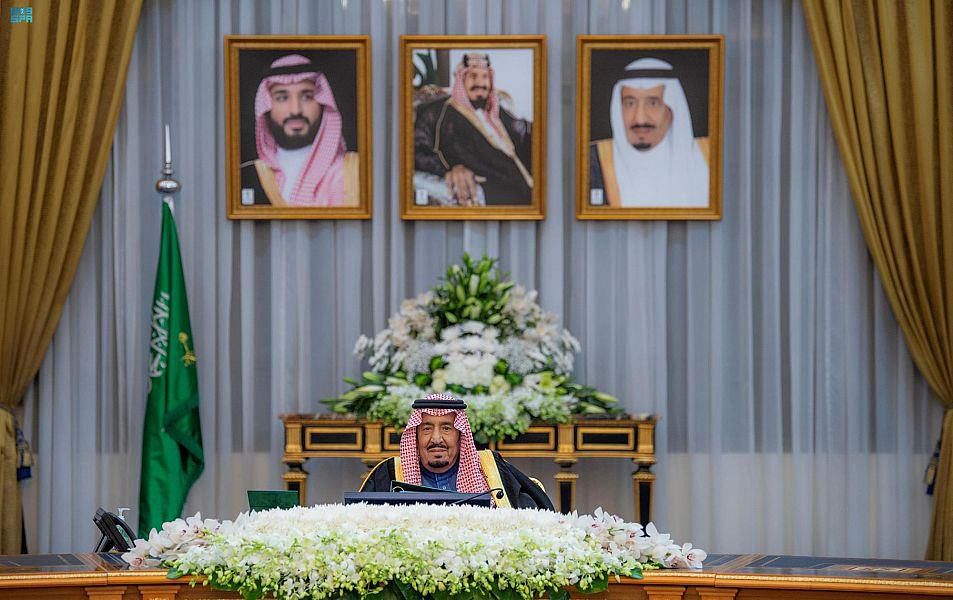 The Cabinet was briefed on a number of issues on its agenda and issued the following decisions:

Authorizing the Minister of Foreign Affairs – or a deputy – to hold talks with the Costa Rican side regarding a draft general cooperation agreement between the governments of the Kingdom of Saudi Arabia and Costa Rica, sign it and refer the final signed copy to proceed with formal procedures.

Approving an agreement on labor cooperation to employ a workforce between the governments of the Kingdom of Saudi Arabia and Uzbekistan.

Approving amendments accredited by the Assembly of the International Maritime Organization (IMO) to the IMO Convention signed in Geneva in 1948.

Approving the Kingdom of Saudi Arabia’s accession to the memorandum of agreement of the Middle East and North Africa Regional Air Safety Monitoring Organization.

Authorizing the Minister of Education and Chairman of the Board of Directors of the Technical and Vocational Training Corporation – or a deputy – to hold talks with the Austrian side regarding a draft memorandum of understanding in the field of technical and vocational training between the Technical and Vocational Training Corporation in the Kingdom of Saudi Arabia and the Austrian Federal Ministry of Labor and Economy, sign it and refer the final signed copy to proceed with formal procedures.

Suspending work of the e-system for identifying ownership of residences.

Extending the provisions of items (Second) and (Third) of the Cabinet’s Decision No. (515) issued on 14/8/1441 Hijri – related to exempting small enterprises with a total of nine workers or less, including their owner, from paying the financial fee for a period of three years – for one year as of the date of expiration of the referred period.

The Cabinet also reviewed several issues on its agenda and took necessary procedures regarding them. 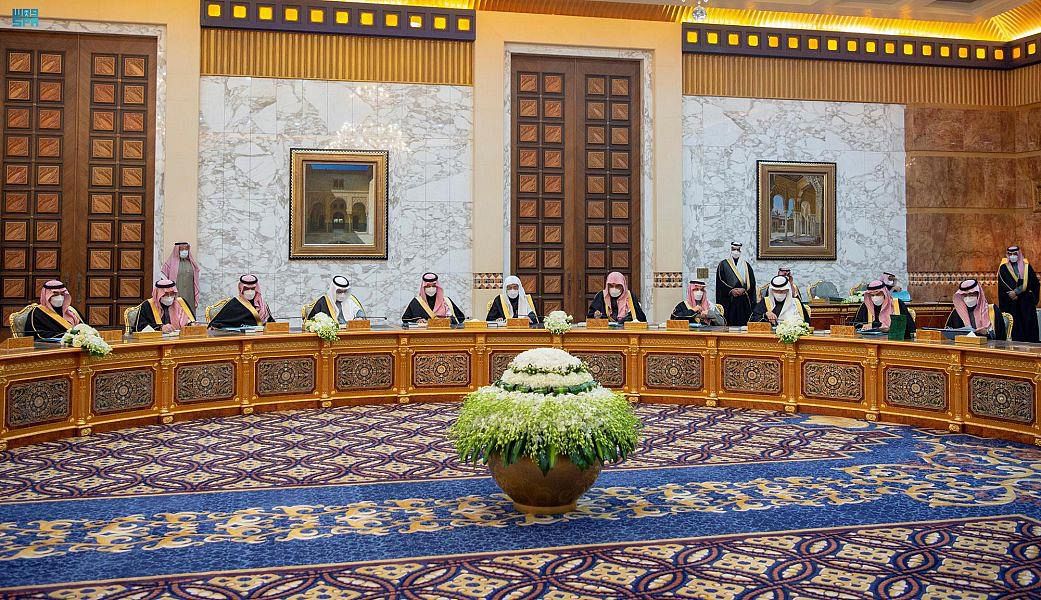 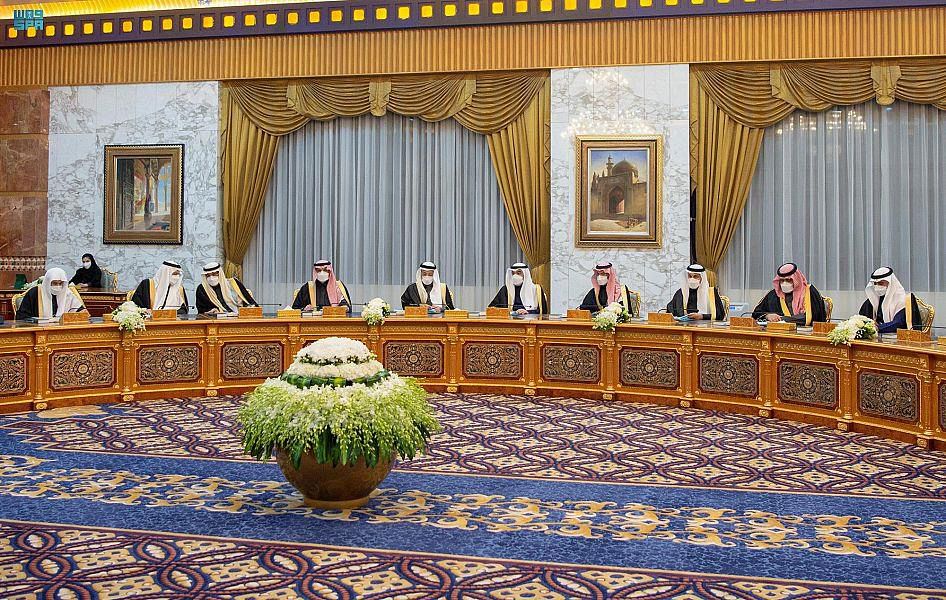