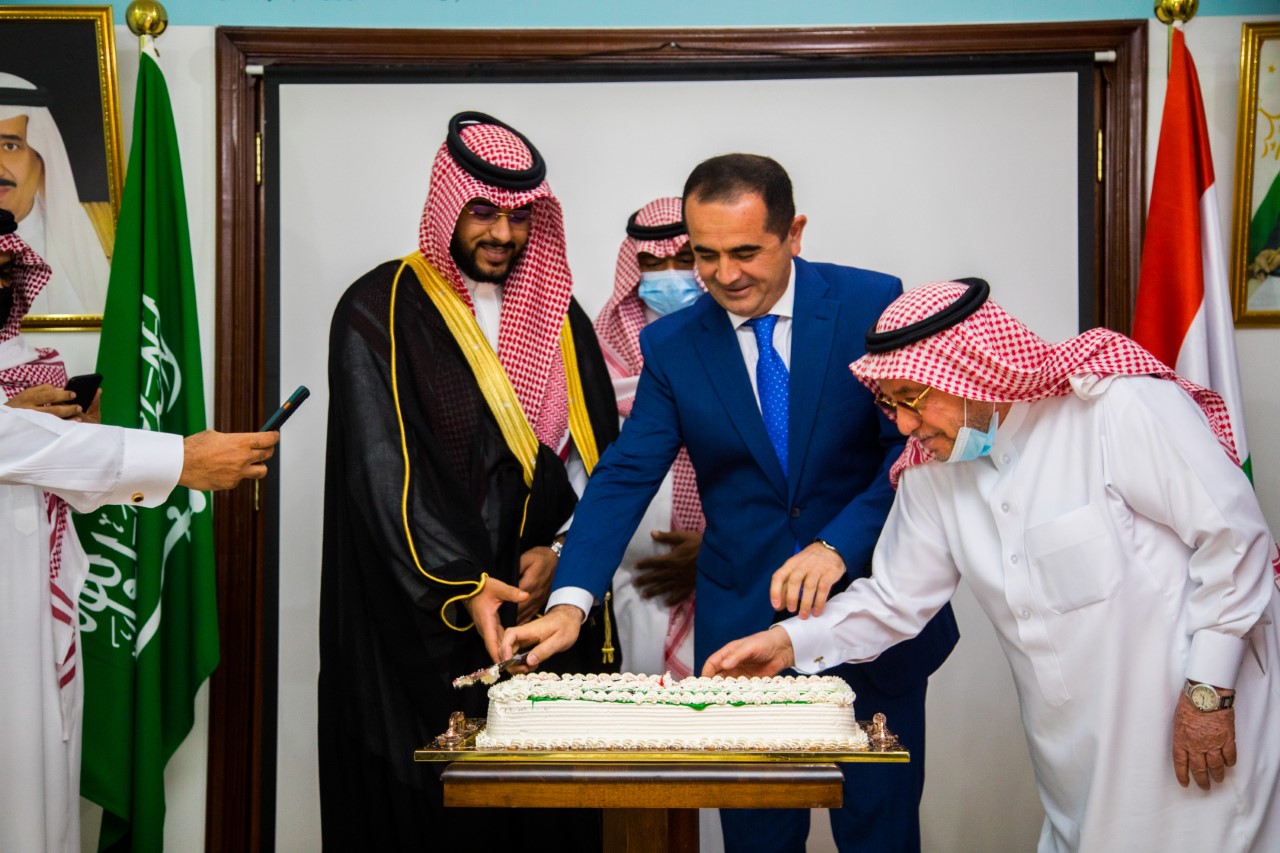 Speaking on this occasion, Tajikistan’s Ambassador to Saudi Arabia Akram Karimi said that “Tajikistan gained its independence on September 9, 1991 from the former Soviet Union, and this year marks the 30th anniversary of the state’s independence.” Karimi also spoke about the progressively growing relations between Riyadh and Dushanbe in commercial, political, and cultural fields.

Referring to the achievements of Tajikistan as a young nation, Ambassador Karimi said that the greatest achievement is ending the civil war, achieving national unity, preserving the pillars and institutions of the state, and preventing it from falling and collapsing. “Tajikistan, at the dawn of independence, witnessed a civil war, which was resolved and the peace was restored by our towering dedicated leader Mr. Emomali Rahmon, who took the reins of leadership at that time,” he added.

He pointed out that “Tajikistan has entered into the new phase of development and has achieved milestones in all fields of life - in the political, military, security, economic, social, cultural, scientific, educational, and so on.” Tajikistan has also become an active member of the international community, and today it maintains diplomatic relations with 179 countries, he added. Dushanbe has also launched several regional and international initiatives, especially in the field of water, to make the world a better place to live, remarked the Tajik envoy.

Karimi said that Tajikistan is moving steadily towards achieving its strategic goals, ensuring energy independence, break the communication deadlock, achieving food security and accelerating industrialization of the country. The envoy, who gave highlights of the growing Saudi-Tajikistan relations, said that “the Kingdom was one of the first countries to recognize the sovereignty of Tajikistan after its independence.”

He recalled the historic visit of Prince Saud Al-Faisal, the late former Saudi foreign minister, to Dushanbe in February 1992, when he signed the protocol for establishing diplomatic relations. Karimi emphasized that Tajikistan considers “Saudi Arabia as the most important partner in the Arab world and the Middle East, based on the spiritual and historical bonds between the peoples of the two countries and the high position that the Kingdom occupies at the international and regional levels.” “We are keen to strengthen cooperation with Riyadh at all levels and areas of common interest,” he noted. 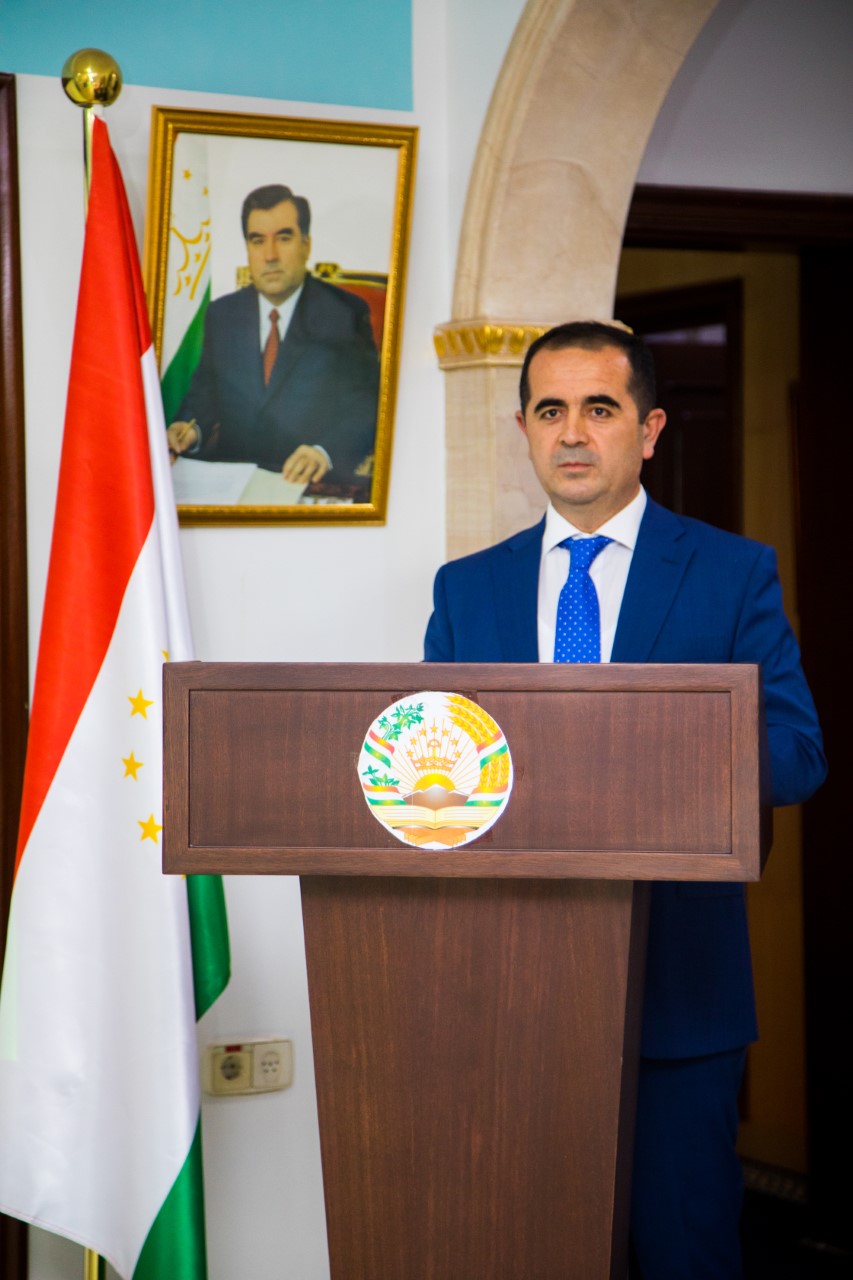 The ambassador said that the strong bonds of brotherhood that exist between the leaders of the two countries, particularly between Mr. Emomali Rahmon and Custodian of the Two Holy Mosques King Salman bin Abdulaziz, represent an important component of the distinguished relations. Karimi also commended the Kingdom's leading role in supporting the development and social projects in Tajikistan through the King Salman Center for Relief and Humanitarian Aid, the Saudi Fund for Development (SFD) and the Islamic Development Bank (IDB). “The Kingdom also provided great support to Tajikistan in facing the repercussions of the Covid-19 pandemic recently,” he noted.

Karimi said that the people and leaders of Tajikistan have been able to lay strong foundation of our nation during the last 30 years, which eventually help in formalizing strong relations with nations around the world including the Gulf countries. To this end, the diplomat noted the regional and international roles played by Tajikistan, which currently holds the presidency of the Shanghai Cooperation Organization (SCO).

In this context, the Tajik ambassador said that during the presidency of Tajikistan, the matter was resolved regarding the accession of the Kingdom of Saudi Arabia to the SCO as a partner in the dialogue, and during the upcoming Dushanbe summit this decision will be announced. He expressed his hope that the Kingdom's accession to the SCO will add new momentum in the regional integration process within the framework of this prestigious organization.

Referring to the growing tourism traffic between the Kingdom and Tajikistan, Karimi said that his country has a beautiful, charming landscape and nature. Tajikistan is a country of majestic mountains and arduous peaks, as more than 90 percent of the country's area is formed by mountains, which embrace rivers, lakes, glaciers and fertile valleys, he added. He said that Tajikistan, with its tourism potential, would be a promising and distinct destination for Arab tourists, especially Saudi and Gulf tourists, because it has many spiritual, cultural and civilizational commonalities with the Arabs.

Tajikistan can be the best place for tourism for those who love eco-tourism, historical and archaeological tourism, leisure tourism and sports tourism such as kayaking, skiing, climbing, hiking and naturopathy. Tajikistan is a country in Central Asia surrounded by Afghanistan, China, Kyrgyzstan and Uzbekistan. It is also known for rugged mountains, popular for hiking and climbing. The Fann Mountains, near the national capital Dushanbe, have snow-capped peaks that rise over 5,000 meters. The range encompasses the Iskanderkulsky Nature Refuge, a notable bird habitat named for Iskanderkul, a turquoise lake formed by glaciers.