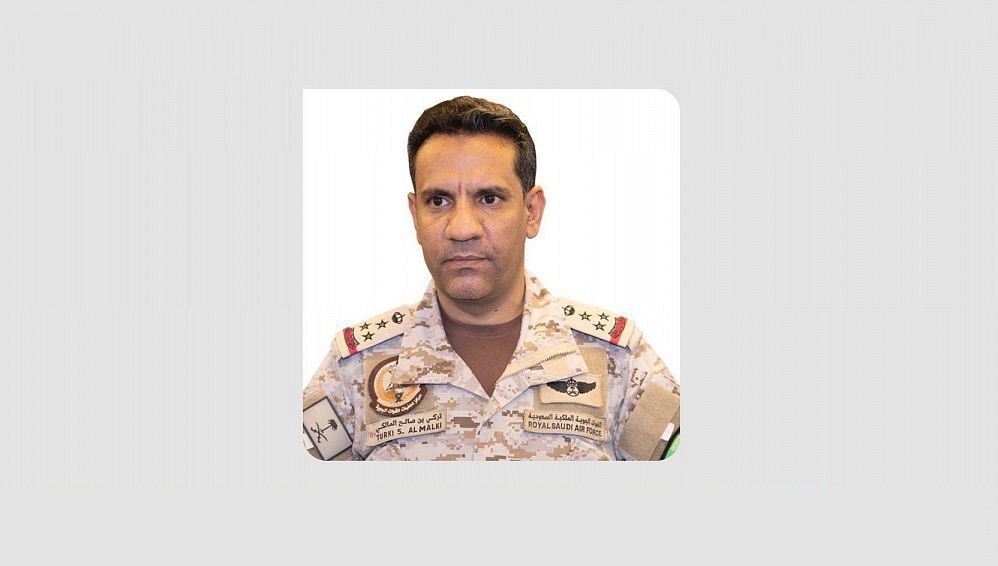 Joint Forces Command of Coalition to Restore Legitimacy in Yemen Denies Receiving Any Information or Coordination From UN Regarding (6) Civilian Casualties as Result of a Coalition Airstrike in Shabwah, Expresses Regrets that UN Statement Linked Houthi Militia’s Crime of Executing (9) Yemeni Civilians One Of Whom Was A Minor to This Unfounded Claim

Statement by the Official Spokesperson of the Coalition to Restore Legitimacy in Yemen Brigadier General Turki Al-Malki
“The Joint Forces Command of the Coalition has viewed a statement issued by Stéphane Dujarric, Spokesperson for the UN Secretary-General, regarding the Houthi militia’s execution of nine Yemeni civilians, one of whom was a minor in the Capital Sana’a, and the claim against the Coalition it mentioned, stating that (6) civilian casualties in Shabwah Governorate have fallen as a result of a Coalition airstrike. Thereupon, the Coalition confirms that it has not received any information nor coordination from UN OCHA in Yemen regarding this allegation as per the coordination mechanism in such cases. No such information has been conveyed to the Coalition regarding the claimed airstrike. The Coalition considers these claims seriously, takes all necessary and required procedures to validate them, and announce the results of any investigations through proper referral to the Joint Incidents Assessment Team.
We reaffirm that the Coalition implements the highest targeting standards in its military operations in accordance with the International Humanitarian Law, and follows international best practices in its Rules of Engagement. The Coalition is also dynamically developing its RoEs accordingly with the operational environment. There has not been any claims of incidents during the past 14 months, which confirms that the Coalition is respecting and fully implementing the Customary International Humanitarian Law, and taking all necessary procedures to spare civilians from sustaining any collateral damage. At the time where the Coalition is exercising the highest levels of prudence in the face of the militia’s launchings of hundreds of bomb-laden drones and ballistic missiles towards civilians and civilian objects in Saudi cities, the Coalition has not retaliated by targeting Houthi terrorist leaders and capabilities following the militia’s use of civilians and civilian objects as shields to prevent being targeted by the Coalition.
We express our profound regret of linking this claim in the UN statement with the Houthi militia’s crime of executing (9) civilians one of whom was a minor in the Capital Sana’a.”