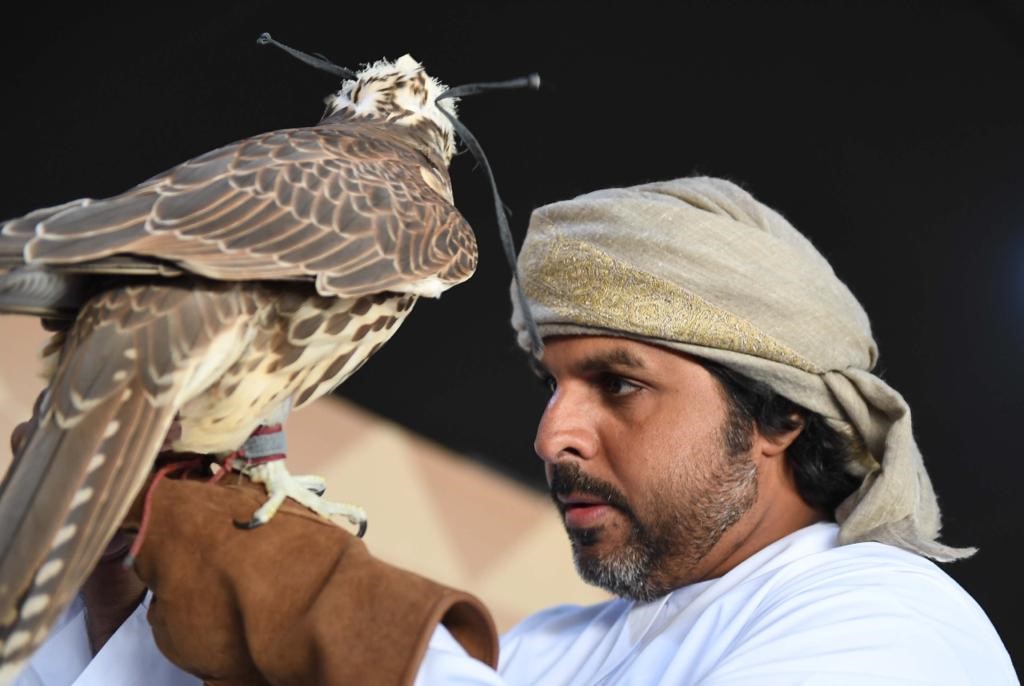 In line with the efforts to reflect interaction between Gulf countries to preserve the heritage in the GCC, and on the sidelines of the 40th Gulf Cooperation Council (GCC) Summit hosted in the Saudi capital Riyadh, the UAE, Kuwait and Bahrain took part in the King Abdulaziz Falconry Festival.  The event, the largest of its kind on record in the world, is taking place during 1-16 December in the outlying town of Malham, north of Riyadh.

Organized by the Saudi Falcon Club, the King Abdulaziz Falconry Festival is witnessing large turnout from elite falcon owners, and attracted thousands of enthusiasts from across Saudi Arabia, the Gulf region and the world to take part in the festival’s competitions and categories Al Mallouah and Mazayin. 2200 falcons participated in both competitions in this year’s edition of the festival, which managed to add a new feather to its cap by breaking its previous Guinness World Record of 1,723 falcons. Gulf falconers are competing in the international tournaments, which include 124 falconers; including 105 falconers in the International Owners Group and 19 falconers in the International Professionals Group, mostly from the UAE, Kuwait and Bahrain.

The significant turnout of GCC falconers on last day of registration for the festival, which closed on December 10 added an exciting new momentum to the tournaments held as part of the King Abdulaziz Falconry Festival. Many highly skilled Emirati falconers also took part in the festival 2019 edition, which coincides with the 48th UAE National Day celebrations.

The festival attracted much attention and attained a prominent stature both in the Gulf and internationally, as it reflects renewed interest in reviving the deep-rooted heritage, especially the “Al Mallouah” race, regarded as one of the most prestigious races in the Arab region. Through these events, the King Abdulaziz Falconry Festival aims to preserve wildlife, encourage the hobby of falcon hunting and support the Kingdom’s goal to be a cultural touristic destination.

It is noteworthy that Emirati falconers bagged the top positions in the international open categories of the “Al Mallouah” 400-meter race, in the first edition of the King Abdulaziz Falconry Festival that was held last November.