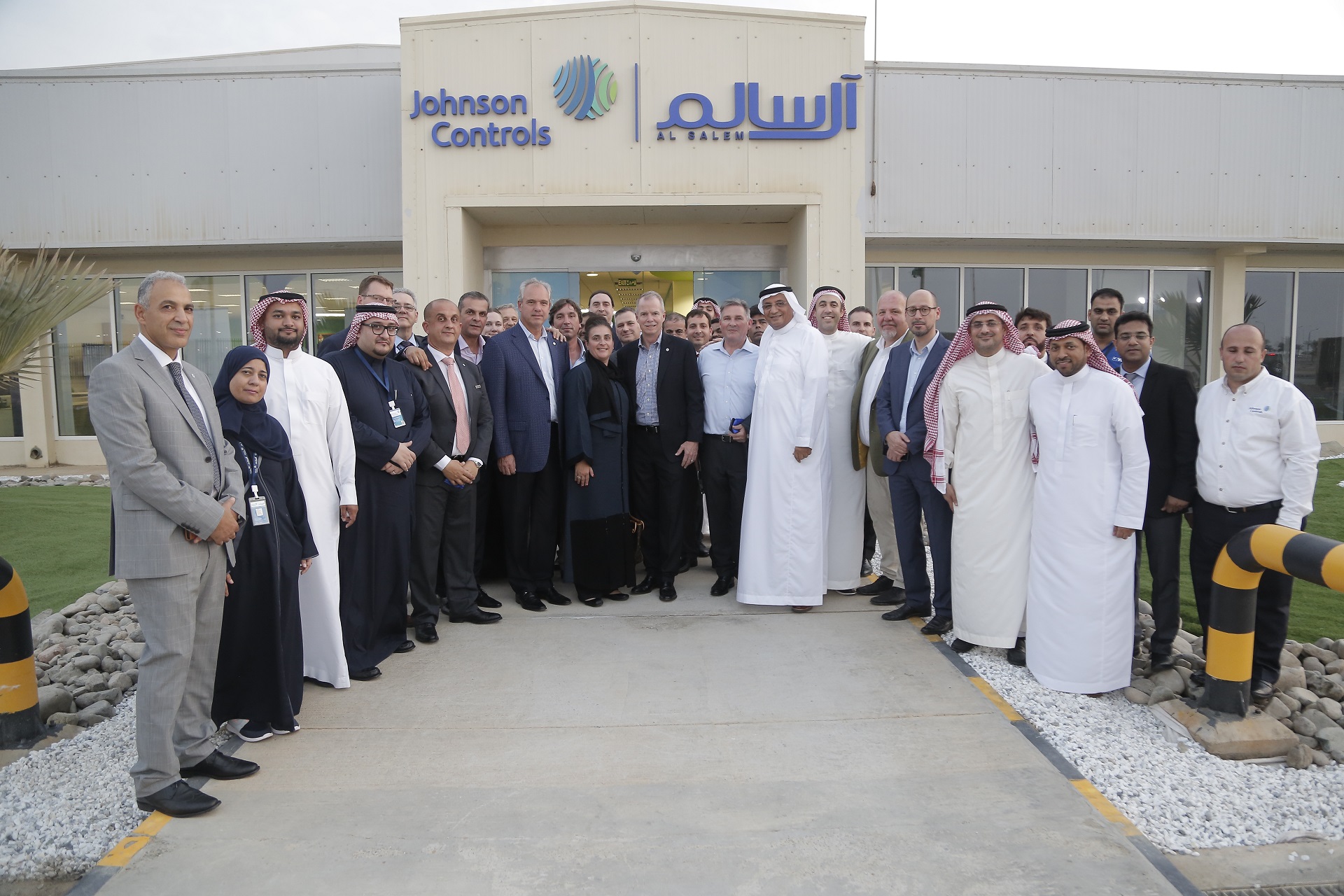 The visit of George Oliver, Chairman & CEO of Johnson Controls, to Saudi Arabia is a testament to 29 years of a successful strategic partnership, and a chance to discuss future opportunities; Dr. Mohanad Alshaikh, CEO of Al Salem Johnson Controls (YORK) stated.

Alshaikh added: “Al Salem Johnson Controls (YORK) is considered to be one of the major partnerships of Johnson Controls, based on key factors; including the strong economy of Saudi Arabia, the recent Government mega projects, and our Company’s ability to locally manufacture efficient and high-quality HVAC Units, to meet the Saudi market’s needs, as well as export to vital markets in the Region.”

The strategic partnership between the two parties has contributed to enhancing and increasing the local content; which is one of the most important objectives of the Saudi Vision 2030, via localizing the industry and transferring advanced technologies to the Kingdom. Noting that the HVAC-R sector is considered to be one of the most important pillars of the Saudi economy.

Accompanied by Al Salem Johnson Controls (YORK) executives, George Oliver and his delegation visited the new King Abdulaziz International Airport, and saw the integrated cooling and controls solutions provided by Al Salem Johnson Controls (YORK), which aim to enhance the energy efficiency at the airport, and improve the comfort and safety levels for travellers and employees.

One of the main objectives of George Oliver’s, during his stay in Saudi Arabia, was to visit the new factory of Al Salem Johnson Controls (YORK) at King Abdullah Economic City (KAEC), which will be inaugurated soon. George Oliver praised the project and believes it is going to be a vital strategic move that will serve the company's objectives in reaching new markets, increasing exports, and continually support projects in Saudi Arabia and the Region.

Johnson Controls projects include iconic landmarks, such as Dubai Khalifa Tower, Dubai Metro, Sydney Opera House, and the Empire State Building in New York City, and the Channel Tunnel, which is a 50.45-kilometre rail tunnel linking England with northern France, and is considered to be the second-longest undersea tunnel in the world.

Johnson Controls is a global leader creating a safe, comfortable and sustainable world. Its 105,000 employees create intelligent buildings, efficient energy solutions and integrated infrastructure that work seamlessly together to deliver on the promise of smart cities and communities in 150 countries. Johnson Controls commitment to sustainability dates back to 1885, with the invention of the first electric room thermostat.