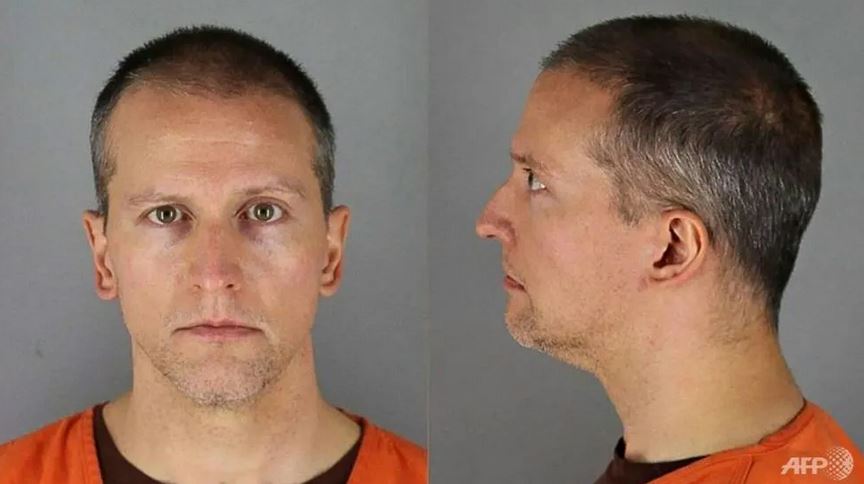 A Minneapolis judge set a US$1 million bail for police officer Derek Chauvin on Monday (Jun 8) as he made his first court appearance charged with the murder of George Floyd, the 46-year-old African-American man whose death sparked nationwide protests.

Dressed in an orange prison suit, Chauvin, 44, answered questions matter-of-factly in the procedural hearing, which did not require him to submit a plea.

Hennepin County District Court Jeannice Reding set his bail at US$1 million with conditions, and US$1.25 million without conditions.

Meeting the conditions would require him to surrender his firearms, not work in law enforcement or security in any capacity, agree not to leave the state and have no contact with the family of Floyd.

State prosecutor Matthew Frank had asked for a high bail, calling Chauvin a flight risk due to both the severity of the charges and the strong public reaction to the case.

Reding sat a Jun 29 date for the next hearing in the case.

Three other Minneapolis officers who were with Chauvin when Floyd was arrested have been charged with aiding and abetting the murder and are still being held in a local jail.

All four were fired the day after Floyd's death. 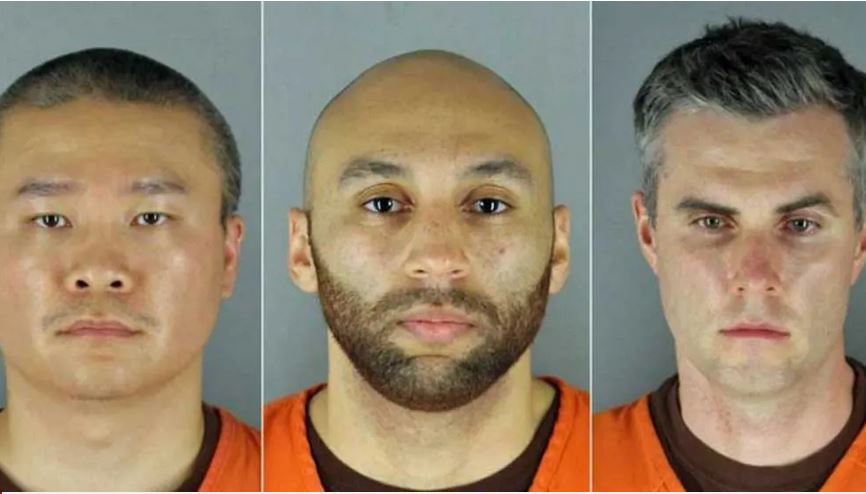 Thousands of mourners were expected to attend a memorial for the 46-year-old African American at the Fountain of Praise Church in Houston, the Texas town where he grew up and is to be buried on Tuesday next to his mother.

Among those paying their respects will be Democratic presidential candidate Joe Biden and his wife, Jill, who were also to meet privately with Floyd's family.

Chauvin, who is seen in harrowing video footage kneeling on Floyd's neck for nearly nine minutes while he gasps "I can't breathe", could face decades behind bars if convicted.

Floyd's death, the latest of an African-American man at the hands of police, has unleashed protests for racial justice and against police brutality in cities across the United States and around the world.

The Minneapolis city council pledged on Sunday to dismantle and rebuild the police department.

"We committed to dismantling policing as we know it in the city of Minneapolis and to rebuild with our community a new model of public safety that actually keeps our community safe," council president Lisa Bender said.

Minneapolis Mayor Jacob Frey is against getting rid of the department, however, and the head of the city's powerful police union, Bob Kroll, appeared on stage last year with President Donald Trump.

Other US cities have already begun to embrace reforms - starting with bans on the use of tear gas and rubber bullets.

In Washington, Democratic House Speaker Nancy Pelosi, Senate minority leader Chuck Schumer and two dozen other lawmakers kneeled in silence at the US Capitol for the eight minutes and 46 seconds that Chauvin spent with his knee on Floyd's neck.

The tribute to Floyd and other black Americans "who have unjustly lost their lives" was held in Emancipation Hall - named in honour of the slaves who helped erect the Capitol building.

Democrats went on to unveil a wide-ranging police reform bill, one of the chief demands of demonstrators who have taken to the streets for the past two weeks in the most sweeping US protests for racial justice since the 1968 assassination of Martin Luther King Jr.

"What we have to do as a nation is hold police accountable," said Florida Representative Val Demings, a former police officer who has been mentioned as a possible running mate for Biden.

It is unclear what support the proposed reforms might find in the Republican-controlled Senate - or whether Trump would sign such legislation into law.

Trump has adopted a tough approach to putting down the protests and his administration has proposed no specific policy changes in response to the widespread outrage over Floyd's death.

"LAW & ORDER, NOT DEFUND AND ABOLISH THE POLICE. The Radical Left Democrats have gone Crazy!" he tweeted on Monday.

The president was scheduled to host a roundtable with law enforcement at the White House on Monday.

Trump also seized on the call by some protesters to slash police funding to attack Biden, tweeting without evidence that "not only will Sleepy Joe Biden DEFUND THE POLICE, but he will DEFUND OUR MILITARY!"

A new CNN poll published on Monday of registered voters had Biden with a 14-point lead over Trump - 55 per cent to 41 per cent - his biggest margin yet in the White House race.