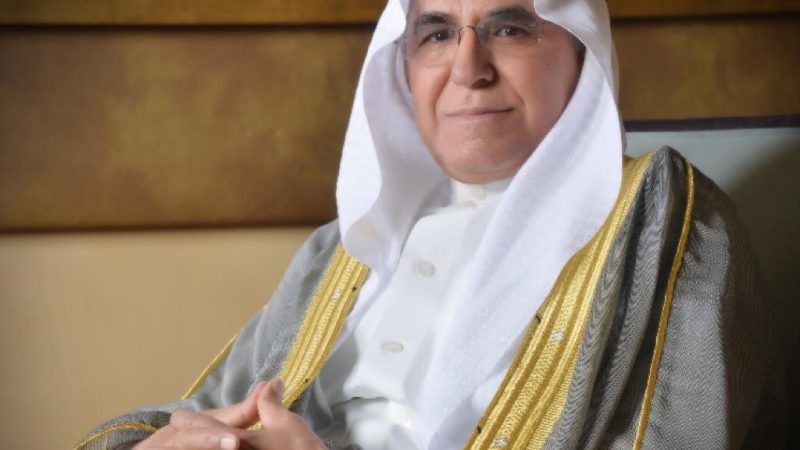 As the first Ambassador in the diplomatic mission of The Kingdom of Saudi Arabia to the European Union, I am often asked why we have taken the initiative to change our outreach in Brussels by creating a separate Mission to the EU, after more than half a century of diplomatic relations, writes Saad Bin Mohammed Alarify.

Saad Bin Mohammed Alarify is the ambassador extraordinary and plenipotentiary and the head of Saudi Arabia’s Mission to the EU.

Three reasons reflect the immense changes underway in my own country as well as throughout the world.

First, our presence here recognizes the importance of the 500 million Europeans in a world that needs their talents, experience, and commitment to the international community more than ever.

On the geopolitical sphere, it is also clear that Europe represents, like never before, an essential force of equilibrium to contribute to world peace and development.

Second, in Saudi Arabia, under the leadership of the Custodian of the Two Holy Mosques, King Salman bin Abdulaziz Al-Saud, and the vision of HRH Crown Prince Mohammad bin Salman, we are undertaking a fundamental transition in our economy and society, and we want Europe to play a role in it.

Indeed, anyone who has visited Saudi Arabia would not believe the changes that have already taken place today in transforming our economy and society. The World Bank makes this real and rapid transformation clear in its January 2020 survey of 190 countries.

Saudi Arabia is ranked as the world’s top economy that has exhibited the most progress towards gender equality since 2017 and first in introducing reforms that improved the status of women in the workplace.

They included 12 reforms to improve women’s participation and mobility in the workplace, pay, pension and property rights, as well as fair and non-discriminatory treatment. That followed the World Bank’s report from last October on the ease of doing business worldwide.

Saudi Arabia boosted its rating by 30 places through reforms, including establishing a one-stop-shop for business registration, introducing a secured transaction law and an insolvency law, improving protections for minority investors, and bringing more women into the workplace.

The third and most critical reason my country has established a new pro-active mission to the EU is the fact that we, Saudis and Europeans, are facing today the same global issues that will determine our futures on the planet, and we are both taking significant actions to address them.

An invitation to Europe to participate in our transformation

In this historical transition, we want to work with partners from Europe’s public and private sectors as we create a modern Saudi Arabia where men and women can both develop their talents to the fullest and build a new country.

Vision 2030 is our ambitious roadmap for a future that is very different from the outdated image many people have of our country. It was announced at the same time as the setting up of our mission to the EU, a symbol of our invitation to Europe to participate in our historical transformation.

Overall, we aim to increase significantly the current level of nearly €61 billion of annual trade between us.

Currently, 28% of all imports to Saudi Arabia come from European countries. Europe is an essential export market for the Kingdom, with a little under 10% of non-hydrocarbon-based exports going to EU countries.

Partnerships with European companies should be a source of the diversification of our economy. And so, we are making it much easier for European companies to come to invest in Saudi Arabia, including accelerating regulatory approvals.

Developing the tourist sector is another priority. A new online accelerated visa process makes it much easier for tourists to visit our country and its remarkably diverse beauty and rich cultural heritage. That is just one example of how quickly our country is changing and opening to the world.

We also aim to significantly increase the number of students from our country in European schools and universities. This will be important to develop the Saudi potential further, accelerate our transformation, and create the cultural understanding to forge lasting links with Europeans.

Saudi Arabia is honoured to fulfil the role of president of the Group of Twenty in 2020 and host the G20 Summit from November 21 to 22.

The global pandemic presents a challenge to the whole world and is a powerful reminder of our interconnectedness and vulnerabilities. Therefore, the G20 under Saudi Arabia’s presidency is committed to doing whatever it takes to overcome the pandemic.

We work on this alongside the World Health Organisation (WHO), International Monetary Fund (IMF), World Bank Group (WBG), United Nations (UN), and other international organizations.

We are determined to spare no effort, both individually and collectively, to protect lives, safeguard people’s jobs and incomes, restore confidence, preserve financial stability, revive growth and recover stronger.

We are also determined to minimise disruptions to trade and global supply chains, provide help to all countries in need of assistance, and coordinate on public health and financial measures.

Our Vision 2030 blueprint for the future corresponds with the priorities of the G20, including achieving macroeconomic stability, sustainable development, women empowerment, enhanced human capital, and increased flow of trade and investment.

We will be working intensively throughout the year to assure fulfilment of the key objectives of the 2020 G20 Presidency.

They are: empowering people by creating the conditions in which all people—especially women and youth—can live, work, and thrive; safeguarding the planet by fostering collective efforts to protect our shared resources; and shaping new frontiers by adopting long-term and bold strategies to share the benefits of innovation and technological advancement.

We also see these priorities expressed by European voters in the last EU elections and the policies, including the ‘Green Deal,’ proposed by Commission President Ursula von der Leyen.

While these issues are daunting, if we bring together our expertise and resources, the EU and Saudi Arabia can do much to lead in their resolution, and on a global level.

Climate change is an urgent concern for both European and Saudi citizens. Confronting this crisis is at the top of the new European leadership agenda, just as we in Saudi Arabia are taking concrete action to stay at the forefront of progress and develop sustainable solutions.

Take, for example, the Vision 2030, our national roadmap for the future, Saudi Arabia is pursuing economic diversification as a cornerstone of its development path.

The major economic reform programme is moving ahead very rapidly. One symbol was the very successful opening of the capital of Aramco, resulting in the company’s valuation at nearly $2 trillion.

We face a common struggle against extremism and terrorism domestically, where we have been victims of attacks by ISIS, and across the globe. We are part of the coalition against ISIS, and Saudi Arabia and the EU are both founding members of the Global Counterterrorism Forum.

We have had some good successes in that continuing battle, including our capture of the Al Qaeda leader in Yemen. We have contributed €100 million to the Sahel G5 efforts against terrorist groups and $100 Million to the UN Counterterrorism initiative.

At the same time, the Kingdom is also actively addressing the problems of displaced persons. The King Salman Humanitarian Aid & Relief Centre (KSRelief) plays a leading role in addressing this issue in programs in more than 40 countries and via crucial partnerships with major international organisations.

Saudi Arabia has been ranked fifth in the world, and the first at the Arab level in providing humanitarian aid. UN Financial Tracking Platform (FTS) report said that Saudi funding represented 5.5% of the total humanitarian aid paid internationally.

Furthermore, in partnership with the UN, Saudi Arabia recently hosted a virtual donor conference for Yemen, where $1.35 billion were pledged. Saudi Arabia topped the donors for Yemen with an amount of $500 million, totalling an amount exceeding $17.2 billion of total Saudi aid provided to the Republic of Yemen since 2015.

By increasing coordination between KSRelief and the EU Civil Protection and Humanitarian Aid Operations (ECHO), we can expand the reach of both programs and deliver aid to even more people in need.

Multiplying the impact of our actions by working together

Whether it is tackling the climate crisis, combating terrorism, encouraging economic and social development, ensuring fairness in the economy, or creating employment opportunities, Europeans and Saudis can multiply the impact of our efforts by working together.

Above all, we want to work with Europe to establish peace in our region, a prerequisite for all else. We share with the EU the understanding that peace in the Middle East can be based on a two-state solution, with Jerusalem as capital for both Israel and Palestine.

With the establishment of our Mission of Saudi Arabia to the European Union, we hope to energise a true partnership for the future for the good of all our citizens and the world.