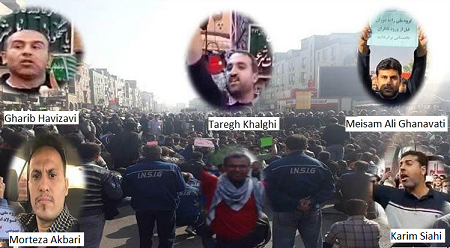 5 steelworkers who have been arrested
By: Hassan Mahmoudi*

Iran: Security forces raided the home of more than a dozens of steelworkers in Ahvaz

Authorities raided the homes of dozens of protesting National Steel Group workers. Iranian regime security forces have been raiding the homes of these workers since midnight & arrests continue to noon on Monday.

This raid led to the arrest of at least 11 workers until now. According to Iran News Wire, the raid was carried out without any arrest warrant, the arrested workers were transferred to the unknown location.

National Steel Group employees rallied for the 38th day, protesting delayed paychecks & demanding the release of jailed colleagues. the agents did not succeed in arresting more workers, because they were not in their homes. Many of these workers had to be taken to the streets of Ahwaz until morning to prevent arrest. 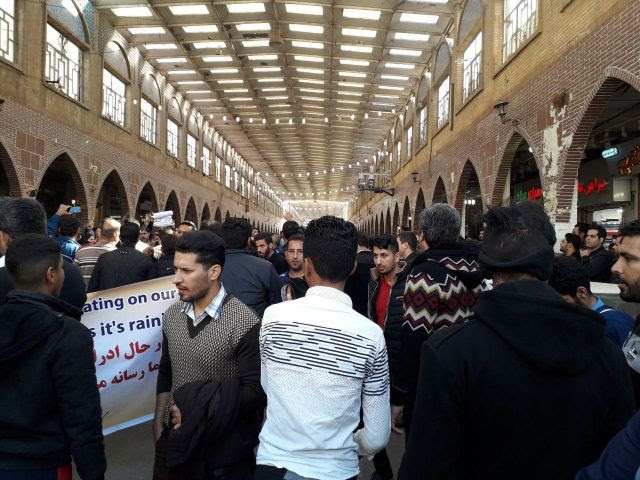 Reportedly, on Dec 17 early morning. the special unit along with the chief of the security forces of western Ahwaz entered the Iran National Steel Group and threatened to arrest the workers In an interview with ILNA News agency kasra Ghafoori director of National Steel Group confirmed the arrest of NSG workers on Sunday night.

At the moment, Special Guard troops are deployed

vastly in front of the Governorate and Justice of Khuzestan, along with ambulances and spray machines, to prevent the formation of the workers gathering Despite this brutal attack, the workers of the National Industrial Steel Group are determined to hold a protest rally today, they issued a statement, on Monday, Early Morning demanding the release of their colleagues

Hassan Mahmoudi is a human rights advocate, specializing in economic issues relating to Iran. Follow him on Twitter at @hassan_mahmou1