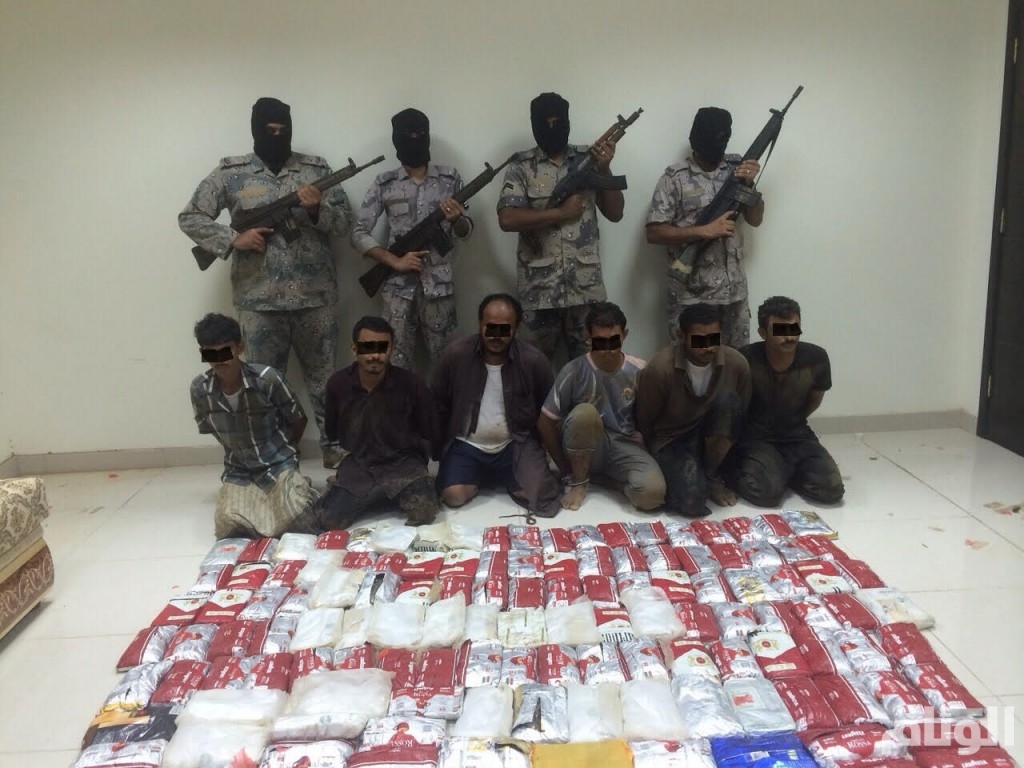 The official spokesman of the Border Guards, Lieutenant Colonel Misfer bin Ghannam Al-Quraini, stated that the continuous following up of attempts to smuggle narcotics through the Kingdom's land and sea borders during the month of Ramadan 1440 AH resulted in thwarting several attempts to smuggle a total of 1367 kg of cannabis, and arresting 50 smugglers including 23 Ethiopians, 16 Yemenis, 7 Somalis and 4 Saudis, after being monitored crossing the southern borders of the Kingdom.

He pointed out that the accused were transferred after their arrest to competent authorities to complete formal procedures.