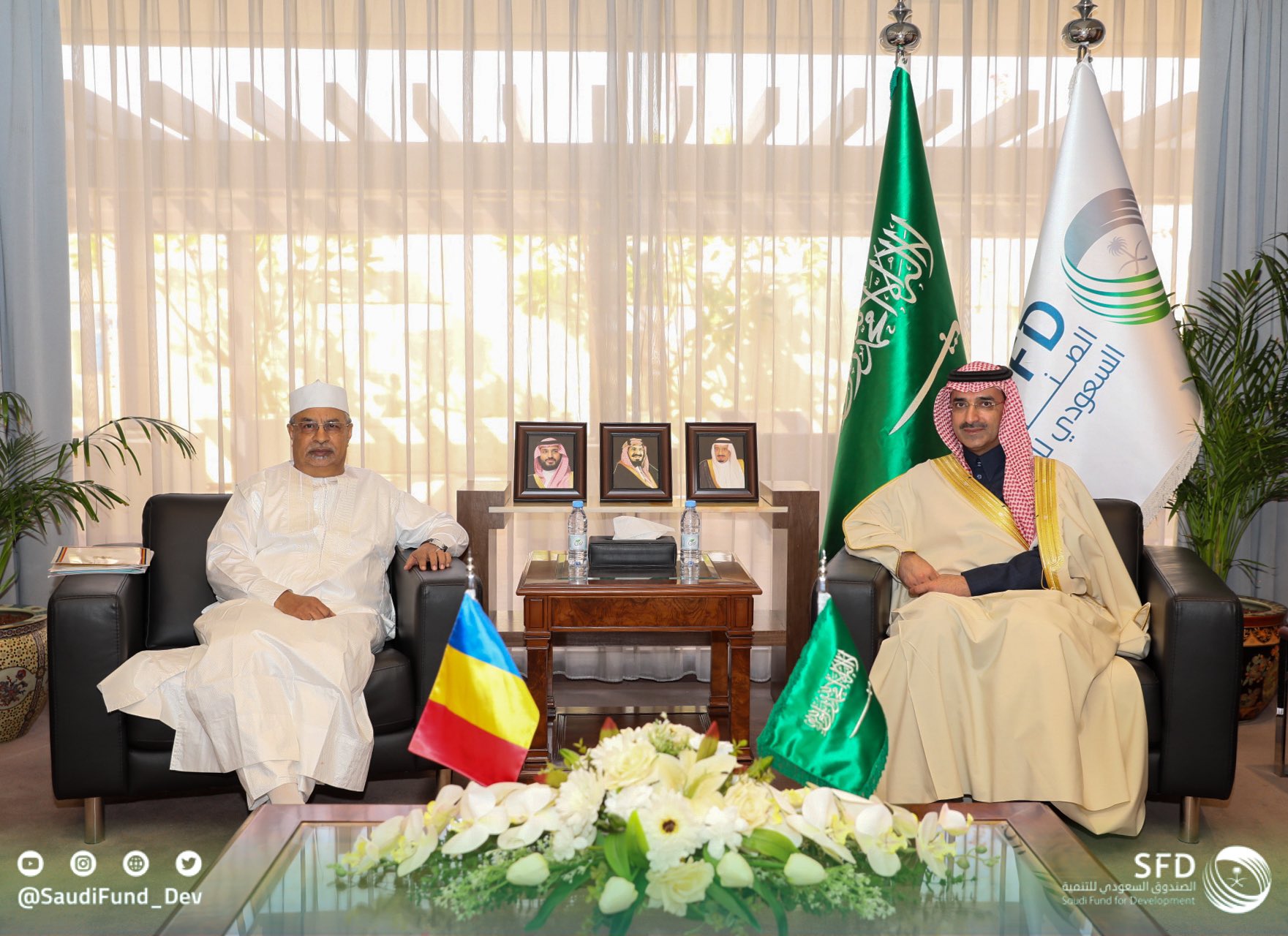 CEO of the Saudi Fund for Development (SFD) Sultan Abdulrahman Al-Marshad received here today Minister of Higher Education, Scientific Research and Innovation of Guinea Dr. Diaka Sidibe and her accompanying delegation.
The two sides discussed development projects and programs that SFD finances in Guinea, in addition to means to enhance development cooperation in the educational sector, noting that development projects in Guinea have been completed. During her tour of the photo exhibition at SFD, the minister was briefed on the development activity of the SFD in developing countries since its establishment.
In a separate meeting with the Minister of Foreign Affairs, African Integration, International Cooperation, and Chadians Abroad of the Republic of Chad Mahamat Saleh Annadif, Al-Marshed discussed development issues of joint interests, where the Chadian minister praised the Kingdom's development efforts, through SFD, and the development role of such schemes to the infrastructure sector in Chad.
SFD has provided Chad with seven development loans to finance six development projects and programs to support the infrastructure, water, education, transport, and communications sectors in Chad, with an estimated value of more than $131 million, in addition to providing two grants to the third and fifth phases of the Saudi Well Drilling and Rural Development Program in Africa worth $13 million to contribute to supporting economic growth and social prosperity.